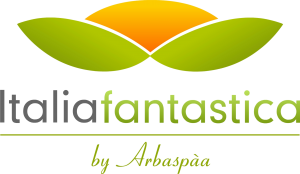 Everchanging, untouched landscapes in the green of winding valleys make Umbria a region that will never fail to amaze. This region comprises mainly hills, mountains, hollows and plains and extends along the Tiber’s central basin.
At the heart of the boot, it is the only region with no coastline.

It includes Lake Trasimeno, central Italy’s largest lake. The area still has the remains of Etruscan settlements, particularly around Castiglione del Lago, where the loveliness of the natural landscape combines with the romanticism and stillness of the lake.
Moving on from the two lakes, we come to the Cascate delle Marmore waterfalls near Terni, some of the most beautiful in Europe.
The waters dive into the River Nera with a spectacular 165 m (541 ft) drop, and are surrounded by lush vegetation. This is the spot for sports lovers who enjoy canoeing, kayaking, and not only.

Still in the province of Terni, tourists looking to get the feel of Umbria should not miss out on two little gems: one of them is linked to history and the other to the territory. Carsulae is an ancient Roman town traversed by the ancient Via Flaminia, where important public buildings have been discovered. We can still see the remains of the S. Damiano Arch, with particularly beautiful and fascinating surroundings.
The other gem, closely linked to the area’s makeup is the Dunarobba Fossil Forest, a rare example of a forest that existed 3 million years ago, with very well-preserved tree trunks set in a lunar landscape.

The provinces of the region are Perugia (regional capital) and  Terni.

The charm of Umbria derives from its fusion of art, nature, peace and calm, the inspirations behind its various localities that comprise Renaissance masterpieces and small Medieval towns embedded in the hills.

Gubbio is one of these, the oldest village in Umbria that reached its full splendor in the Middle Ages; the Cathedral; the Consul’s Palace, symbol of the town; and the Ducal Palace are just some of the attractions that testify to Gubbio’s status as a jewel of Umbria.  Another of the countless charming Umbrian cities is Orvieto, with its famous Duomo, one of the masterpieces of Italian Gothic art, and St. Patrick’s Well, a 62-meter-deep (203 feet) feat of engineering characterized by two spiral staircases that wind around the well (yet never meet), with 248 steps down to the water.

Then Spoleto, a picturesque town that boasts a thousand-year-old history, still preserves images from the past in its Medieval and Renaissance architecture.

Between art and spirituality, a visit to the Medieval town of Assisi is essential; a UNESCO World Heritage Site,its  represents “a series of masterpieces of man‘s creative spirit.” Everything revolves around its most renowned citizen, St. Francis, Patron Saint of Italy: from the Basilica, which is dedicated to the Saint and contains his tomb, to the hermitage (Eremo delle Carceri), a few kilometers outside the town walls, where St. Francis used to retreat in prayer.

Perugia, Umbria’s main city dates back to Antiquity and is composed of a higher section on the hill, whence the Medieval villages spread out on its slopes. The historic center teems with cultural and architectural masterpieces, with one of the most extensive museum collections in Italy. With its vibrant cultural center, two universities and internationally-influential expos, Perugia is a great draw for tourists that also offers a cosmopolitan atmosphere.

Umbria, a small region with great tastes, satisfies all palates: the best dish for meat lovers is pork, masterfully treated by Umbrian butchers who turn the meat into delicacies like sausages, tasty hams and salami, like those of Norcia, to eat with unsalted bread that brings out the taste.

The best of Umbria’s cheeses are mature pecorino sheep’s cheese and fresh or ripe goat’s milk cheese.
The lentils of Castelluccio di Norcia, a tasty ingredient for soups, main courses or side dishes, were awarded the PGI mark by the European Union (Protected Geographical Indication).
This rich array of dishes goes hand-in-hand with the genuine quality of the products, including the truffle, the most precious of all. The most common variety is the black truffle, very popular with pasta or with game, especially in the area of Norcia and Spoleto, but more valuable white truffles can be found as well, particularly in the Tiberina Valley, Orvieto and Gubbio.
Everything is seasoned with the golden and fruity olive oil produced in this region, which enhances any dish without upstaging the flavor; Umbrian oil of high quality is awarded with a PDO quality mark (Protected Designation of Origin).

For dessert, you must try the typical Umbrian cake, panpepato, and other regional desserts made according to centuries-old recipes.
Finally, Umbria is particularly suitable for wine growing, and its mild climate gives this land top-quality white and red wines, including, among the many well-known labels, Assisi Grechetto and Sagrantino di Montefalco.

Umbria – the Green Hearth of Italy
Scroll to top